Our hovercraft has one platform to carry all parts. There are three major components on this hovercraft: popping mechanism, propeller motor stand and hovering mechanism. A balloon holder was designed by TAs of ME218C. We were using two  GWS 7" length propellers and GWS 350C BB Motors with a Gearbox Ratio 3.22:1 for propulsion.  Xbee circuit board was placed on second plate with popping mechanism to ensure the strength of the signal. The rest of circuits were placed the area under the second plate.

Most of the fabrication was done by using laser cutting. Platform and parts were put together using mechanical joints and adhesives. 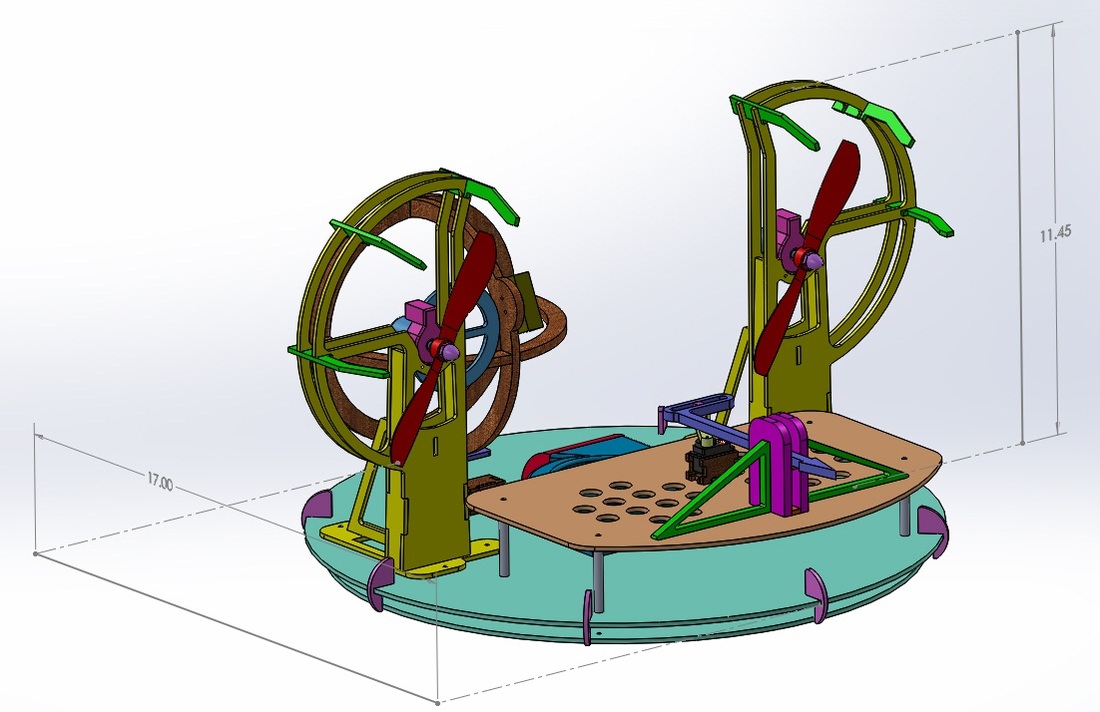 The popping part has a servo motor as its rotary motion source with a simplified Scotch Yoke mechanism. We adjusted PWM signal to the servo to make sure the arrow head can be moved far enough to reach the balloon from other hovercraft. And a small needle was adhered on the top of the arrow head  and there was only 2 mm from the top of needle was exposed outside to ensure the safety. The "Arrow", servo arm were made from 1/4" Acrylic. The triangle brackets were made from 1/4" Duron. The walls were made from 1/8" Duron. 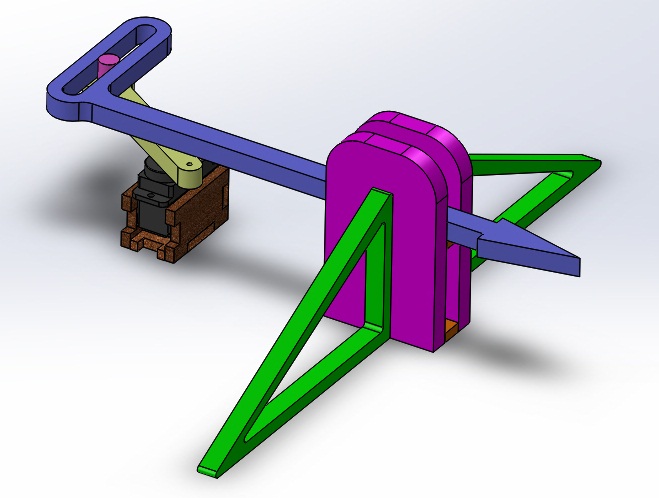 The propeller motor stand was designed for supporting and protecting the motor and propeller. It was made by laser cut 1/8" Duron. It was assembled individually with hot glue. A motor was mounted on it with screws. Later, the stand was mounted on the platform with screws too.

The hovering part was the hardest part of the design. We were originally planning to have the competition outside in a dry fountain with a rough concrete surface. The structure was shown below that was also a simplified version of current commercial hovercraft. It worked well on the fountain concrete. There were two air chambers that were formed. First one was inside the Plastic Film. When the air went through the plastic film the pressure would increase to form a circular tube chamber. Later, the pressure increased a lot to make air try to flee between the swim ring and the ground to form a air to reduce the friction. The skirt was made from the plastic bag tube in Room 36. 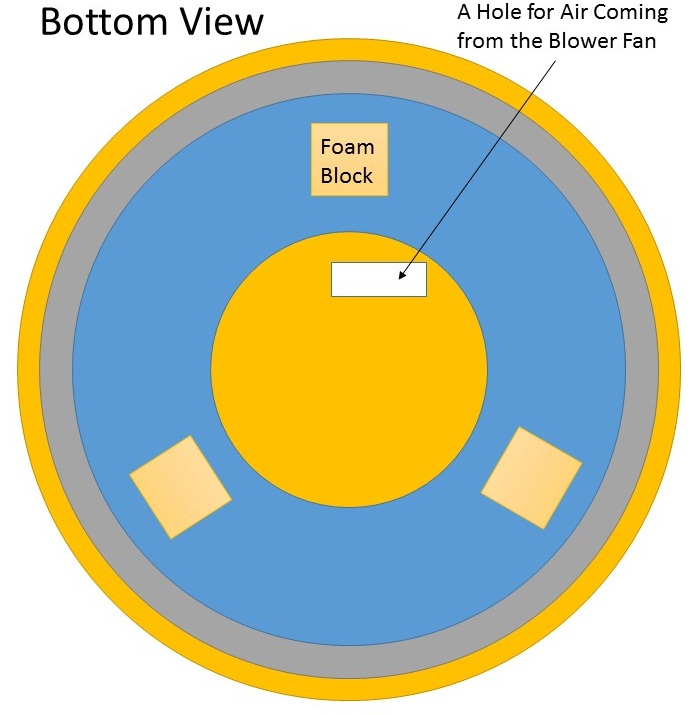